There is growing concern among specialist immigration lawyers about the number of people arrested and detained for immigration offences in London police stations are not being provided access to appropriate legal advice from qualified immigration practitioners.

Current arrangements are that those currently arrested and detained at police stations are not being informed of their rights to specialist legal immigration legal representation.


Both Individuals arrested on suspicion of committing crime who may have immigration issues and immigration detainees are usually afforded access to criminal rather than immigration legal representation.  This results in foreign nationals are being left to deal with United Kingdom Border Agency (UKBA) immigration officers without the benefit of specialist legal advice. This results in


Virgo Consultancy Services Ltd a new immigration firm based in South London has discovered through an Freedom of Information Act to the Metropolitan Police Service that the majority are foreign nationals detained in London in from the 1st June 2012 – 31st May 2013 were not provided access to immigration legal advice as is their rights under Police and Criminal Evidence Act 1984 section 38.2


5834 individuals were arrested for immigration offences during this period.  The number recorded as having a solicitor is 1900 that leaves 3484 people who were denied legal advice to which they are entitled in law.


Both the Police Custody Sergeants and Immigration Officers are under a duty to advise detainees of their rights to be access legal advice. However there is no list of qualified Immigration lawyers available to custody sergeants in both London and the rest of the country.  UKBA officers are also refusing to provide access to immigration lawyers.


“The information we secured through our FOI request confirms our fears that the majority of people arrested and detained in police stations, who are foreign nationals are not being provided with access to appropriate legal advice.  This is leading to individuals being unnecessarily detained for long periods of time, separated from their families and being denied their basic human rights. At worst these individuals could be wrongfully removed from the UK at best these case unnecessarily clog up the already overburdened tribunal service at great to the tax payer.”


In the light of this information we have written to the Legal Aid Agency asking that they provide a similar service to that provided to criminal defence lawyers for immigration detainees. This would ensure that foreign nationals are not receiving a second rate, sub-standard service solely due to their nationality.


British Police services should be proactive in ensuring that all custody suites in the UK are provided with a list of qualified immigration lawyers in their area. “


The figures also demonstrate the huge level of disproportionate number of Asian and Black people being arrested.


Virgo Consultancy based in Brixton is seeking to organise a meeting of London immigration lawyers to look at these and other immigration issues in the near future.
Email Offcier.Manage:L@virgoconsultancy.com 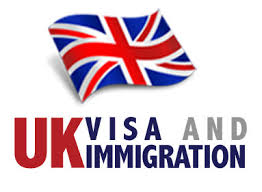 The debate about immigration rages and yet there is hope that the British public don't like the rancid politics of racism and hatred.

As Labour twists in the wind on the issue of immigration desperately trying to appear tougher on the issue than the Tories. In the context of deepening austerity this is an potentially incendiary strategy as events across Europe have proven of late where rates violent racism, Islamophobia and fascism have exploded.

The reality is that the majority albeit, the silent majority at the moment, of British people support fair and compassionate treatment of immigration. The politicians know they cannot deport an estimated 1m illegal immigrants and their families and yet they continue to deceive the British public offering the false hope that they can 'control' immigration without economic cost to the country.

This is a blatant lie and one that is inflaming community relations nationwide. Immigrant make a net contribution to the economy and the attempts by all parties to legitimise racist sentiment by feeding misinformation to the public is simply reprehensible.

Here is a good article in the New Statesman that touches upon some of these issue. Read more here 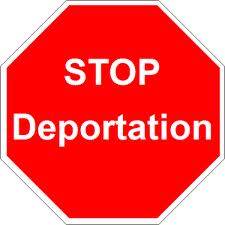 Important Information For Those Targeted By UK Immigration Officers. 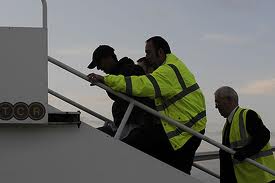 IF YOU’RE STOPPED ON THE STREET BY UKBA IMMIGRATION OFFICERS MAKE SURE YOU KNOW YOUR LEGAL RIGHTS.

1. You are free to leave at any time

2. You do not have to answer any questions

3. You do not have to give your name and address

4. You do not have to show them any documents

5. You do have to let them search you.

IF YOU ARE A MEMBER OF THE PUBLIC THEN YOU CAN HELP BY;

Tweeting SLIM if you see UKBA Officer In Action using :

·     Ensuring that those being subjected to a stop by UKBA officers know their rights.

·     You can challenge the UKBA Officers as to the legality of their actions.

·     You can take a picture or video and send to SLIM

·     If you see the notorious Home Office #RacistVan ads please take a picture and let us know its whereabouts. 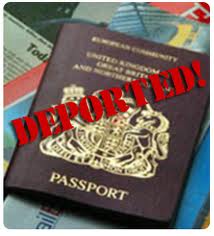